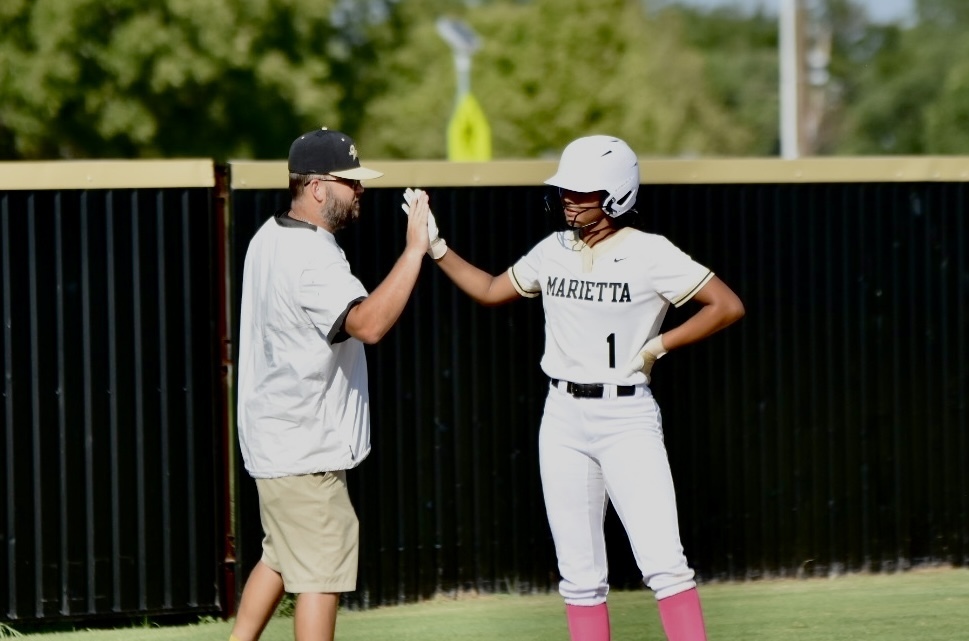 The Marietta Lady Indians hosted the Ringling Lady Blue Devils on Tuesday, September 6, and added two more wins to their total, bringing that number to eight on the season.

With Jaylynn Hartman’s stellar performance in the circle and some key hits by Hagen Hicks, Laney Hicks, and Taryn Blankenship, the Lady Indians got a 6-3 win in game one.

Taryn Blankenship was the starting pitcher in game two, with Hartman coming on in relief and finishing the game, one the Lady Indians won 13-8. Ashlyn Lucas went two for four with three RBI’s and three runs scored, helping to fuel the offense. Hartman was two for three with two runs scored.

“I’m very proud of how far the girls have come this year,” said Coach Kevin Parsons. “We hit a rough patch in the second game, and early in the season, when that happened, we would shut down and throw the game away. Last night we responded with grit, fought back, and ultimately won the game.

“We’ve preached teamwork and determination this year, and It’s nice to see the girls putting those together. They’re a team that is extremely fun to watch right now.”

The Lady Indians’ season is coming down to the wire. Districts start on September 21 with game times and pairings to be announced.