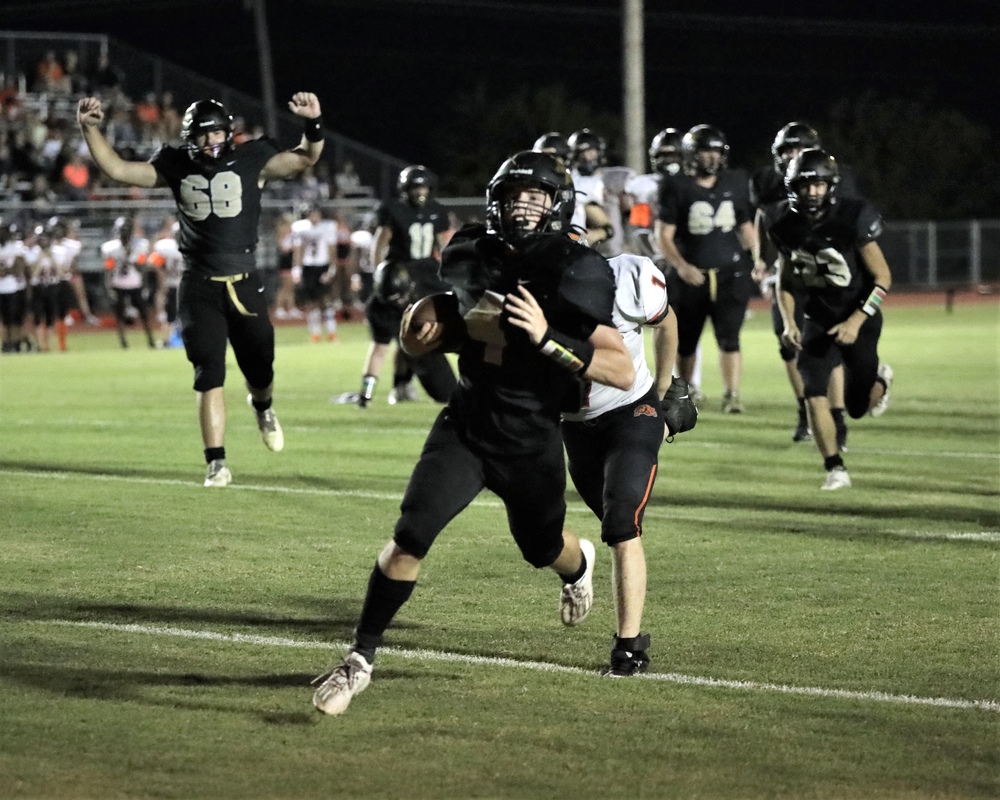 The Marietta Indians hosted the Valliant Bulldogs on Friday, August 26 in their season opener and came away with a win, 21-20.

After scoring halfway through the first quarter on a three-yard run by Curry Walters and going up 7-0, the Indians were able to hold on to that lead through the remainder of the first half and all of the third quarter. But in the fourth quarter, the contest turned into what Head Coach Alex Doby described as an “extremely high pressure” situation.

Just a minute into the fourth quarter, Marietta scored on a rushing touchdown. The successful point after attempt extended the Indians’ lead to 14-0.

After Marietta answered with a touchdown on a 60-yard rush and a successful point after attempt, leaving the score at 21-8, that could’ve been the nail in the coffin, but the Bulldogs came fighting back.

With three minutes left in the game, Valliant rushed for a touchdown but failed on a two-point conversion, cutting the Marietta lead to 21-14.

And the Bulldogs had one more bite left in them. Less than a minute later, Valliant scored on a 20-yard rush. Another failed two-point conversion left the score at 21-20 in the Indians’ favor.

Time finally expired on the barnburner of a fourth quarter, and the Indians, up by one, won their home opener.

Damoron Green was named player of the game.  Green had six tackles, one carry for 60 yards, one touchdown, and 50 return yards for the night.

“I’m proud of the boys,” said Doby. “They put a lot of pressure on themselves to win. The game got close, and they showed great perseverance to close the game out.”

After a September 2 bye week, the Indians go on the road September 9, headed to Ringling, with the kickoff scheduled for 7 p.m.

The junior high teams begin their season on Thursday, September 8 on the road at Plainview, where the sixth and seventh grade team will kickoff at 5:30, with the eighth and ninth grade game to follow.