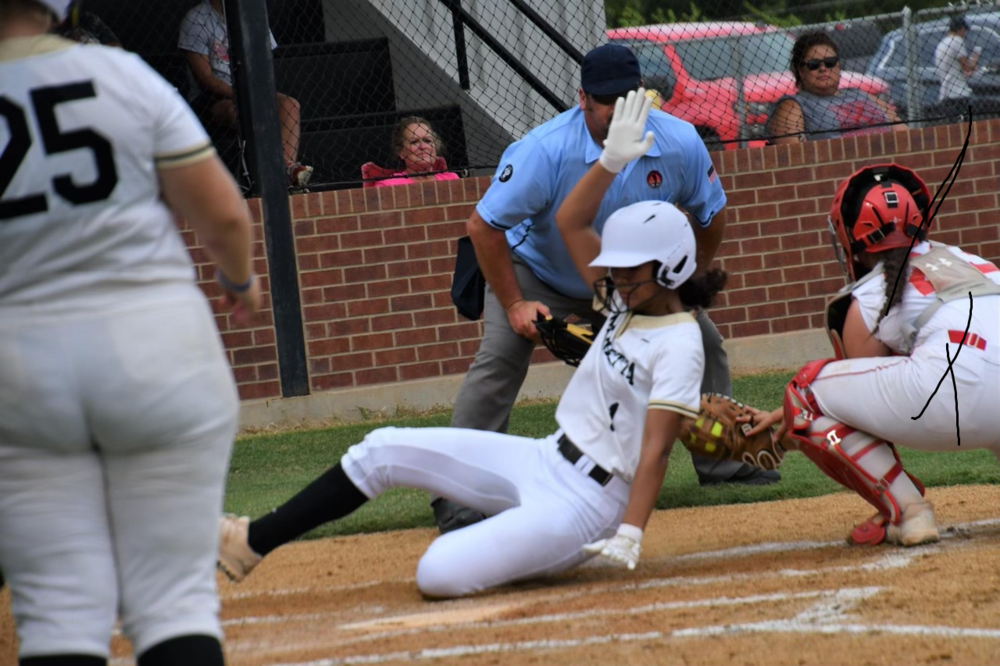 In his second year as head coach for the Marietta Lady Indians fast pitch softball team, Kevin Parsons is looking to build on the successes of year one.

“Last year was my first year at Marietta, and we won five games,” said Parsons. “I think this year will bring another year of growth and changing the culture of the program, and I believe that Marietta High School could see a double-digit number in the win column.”

Parsons said his goal from the beginning has been shifting the culture to one of expecting success.

To get to that double-digit win column, Parsons will be depending on a handful of core players.

“We’ll have two strong girls in the circle with Jaylynn Hartman and Taryn Blankenship,” he said. “I think they’ll do a fantastic job as a duo and help to propel us to a successful season.”

“I look for Jaylynn to be a huge offensive player too, along with Laney Hicks and Brandy Palomino,” Parsons continued. “Brandy hasn’t played in a few years, but is coming back for her senior year, and I think she’ll be a big contributor.”

Defensively, Ashlyn Lucas at second and Hagen Hicks at shortstop are Parsons’s players to watch.

“I think those two will be solid in the infield and keep us on track,” he said.

Winning games, Parsons insists, will come when his team buys into the changed culture.

“I’m just trying to emphasize that working hard and developing that tough mental attitude gets you to the point where you want to be,” he said. “That way when things don’t go right, you’re able to shake off the mistakes and stay in a positive place. I expect us to continue what we started last year, building in a positive direction.”