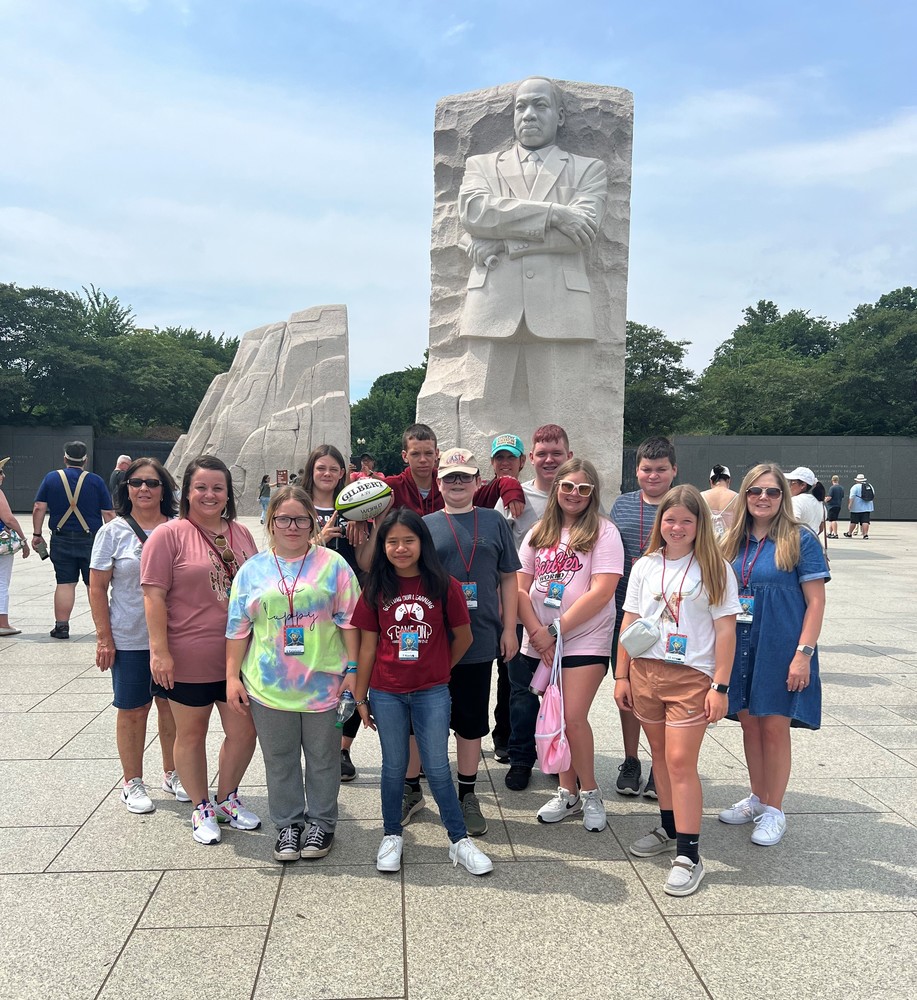 July 16 through 19, a group of Marietta Middle School students, along with some relatives and their sponsor, Middle School Counselor Alyson Stokes traveled to Washington, D.C., where they toured the sites of our nation’s capital.

The tour included stops at the U.S. Capitol, U.S. Supreme Court building, and the Library of Congress, along with visiting the MLK and FDR Memorials in the Tidal Basin.

The group was also privileged to tour Arlington National Cemetery and to be present for the changing of the guards at the Tomb of the Unknown Soldier.

The group also got to tour Mount Vernon, the Gettysburg National Military Park, and the newest of the national museums, the Museum of the U.S. Army.

“This museum was one of my favorite experiences,” said Stokes. Every single feature that is used in the museum is created from a body mold of a service member. It really made you understand that real people and real lives are being represented in each piece of information.”

The tour group stayed in the National Harbor area, so group members had one night on the tour to explore the area and enjoy time with other students who were traveling.

“On this trip, we learned that many of our country’s historical leaders didn’t have perfect lives, but they used what they had to make a difference for the greater good of their country and its people,” Stokes said. “Additionally, many of these students hadn’t traveled before, so they gained some real knowledge about other parts of the world and about travel.

“It was amazing seeing their faces on the plane and the chartered bus, and in huge cities. It was great for me to be able to experience this trip with our students.”