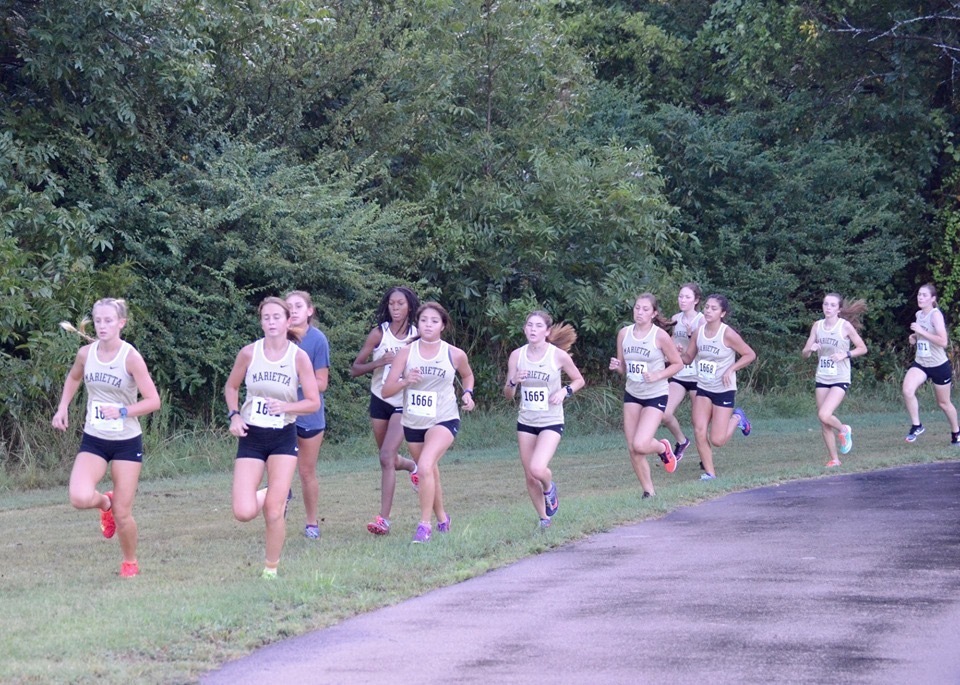 The Lady Indians’ Cross Country team got off to a good start, winning their own meet held on August 24. The team, which scored only 27 points in the meet, had seven runners in the top 15 places.

Mandy Sykora ran first with a time of 12:28. Right behind her in second place was Kaelyn Dobbins in 12:52.

The team’s newest members, Madison Lemons and Tanasia Randle, ran fifth and seventh with times of 13:04 and 13:22, respectively.

Plainview was the second-place finisher with a team total of 35 points and Durant came in third with 100 points.

“The girls ran a controlled race,” said Coach Matt Appelman. “We will turn them loose a little more next week.”

Appelman is pleased with the performance of Randle and Lemons, and expecting greater things from them as the season progresses.

“Tanasia and Madison are still inexperienced,” he said, “and the more experience they get, the more strategy they learn, the faster they’ll get.”

Overall, the team’s performance showed Appelman just what he wanted to see.

“We’ve got a lot left in the tank, and I feel like if we keep everybody healthy, this is going to be a fantastic season for our girls,” he said.

The boys team, expecting a bit of a rebuilding year, finished third in the meet, which is way, way better than a poke in the eye with a sharp stick.

The boys team had 76 points, behind meet winners Byng with 50 and second-place Durant with 66.

“We ran without one of our top runners this week,” said Appelman. “If we’d had him, we would’ve had a good chance to win – for sure we’d have run second.”

That runner is due to be back this week, so the Indians will present a truer picture of what they can do.