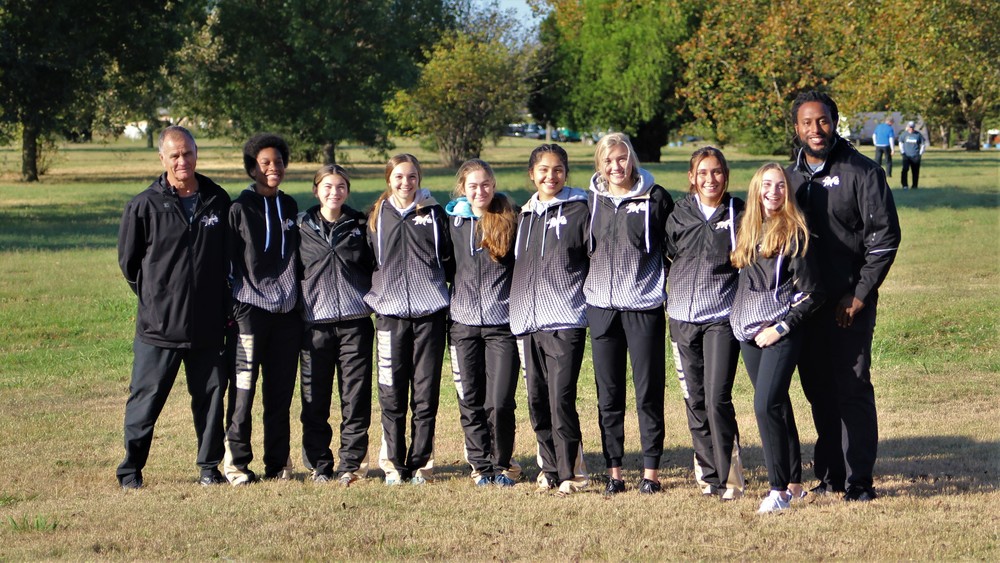 Marietta Indians’ cross country teams showed up big time at the 3A Regional race held on Saturday, October 24 in Waurika.

The girls’ team – defending state champions – finished in first place with 38 points, far ahead of second place Marlow with 76 points and third place Lindsay with 103 points. The Lady Indians’ total time in the 3200-meter race was 1:06:13 and the top five runners averaged a time of 13:14.62

Senior runner Madison Lemons ran second in the race with a time of 12:23.88, followed quickly by teammate Vanessa Rodriguez in fourth place with a time of 12:46.58. Sophie Love and Tanasia Randle finished ninth and tenth, respectively, with times of 13:33.74 and 13:39.27.

“The girls ran with a lot of heart and determination,” said Coach Ron Love. “We knew we had a good chance of winning as a team but individually everyone needed to keep improving on time and place. I felt like they accomplished that with good races. This week we have to improve on that to have a chance to win or place at state.”

No slouches themselves, the Indians finished their 5K race in second place with 52 points, just behind first place Marlow with 39 points. Bethel came in third with 86 points.

Indian Wyatt Vinson won the race with a time of 16:42.04. In a contest where every second counts, Vinson finished the race almost 20 seconds ahead of the second-place finisher.

“The boys continue to improve,” said Love. “Wyatt had an outstanding day, finishing first. At state, they are going to have to make a big push on times and places to finish in the top five, but I really think they can do it.”

The Lady Indians and Indians, coached by Love and Allen Benson, next head to the state meet scheduled to be held at Edmond, Sante Fe on Saturday, October 31. (Photo by Charles Brown)