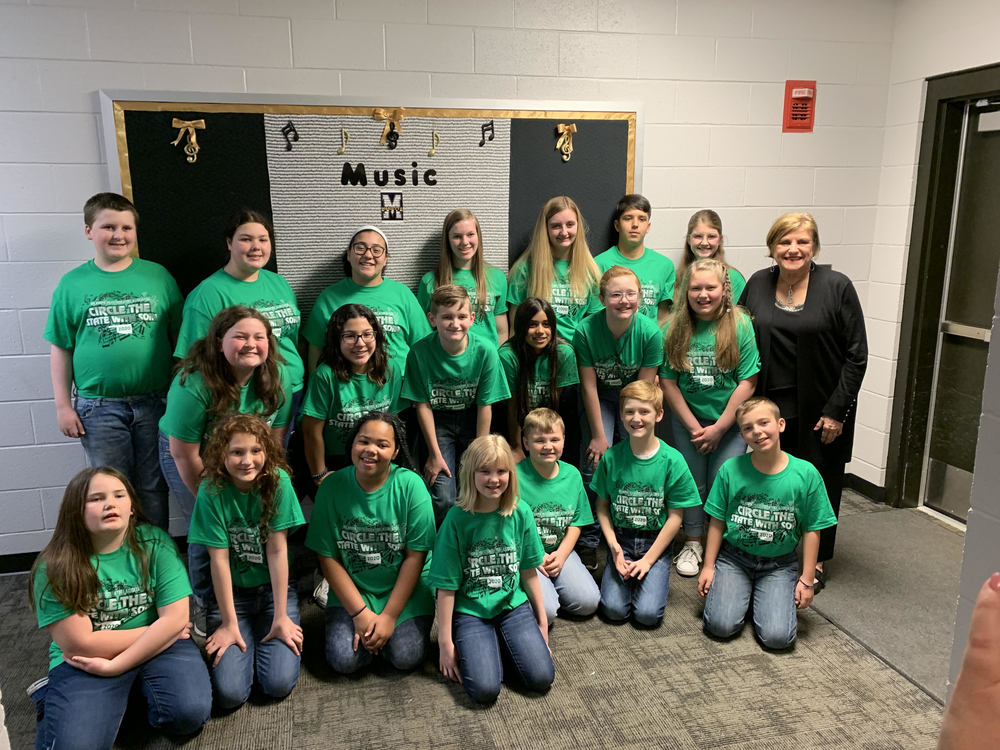 On Tuesday, February 11, the auditorium at Marietta Public Schools was filled with area students and proud parents as the school hosted the Oklahoma Music Educators Association’s 14th Annual Region H Circle the State With Song Festival.

Circle the State is an opportunity for exceptional music students to work with guest choral directors on challenging music with other students from across the region.

The state is divided into 21 regions. Region H is comprised of schools from Garvin, Murray, Carter and Love Counties. Marietta Elementary’s own Shawna McGehee is the regional concert coordinator.

The statewide concerts began on January 23 in Tahlequah and will conclude February 29 in Durant.

Circle the State began with auditions from students in fourth through eighth grades from schools all over the state.

“The audition process is very competitive,” said McGehee, “so it’s quite an honor to be chosen.”

After the auditions, the students received their music and began practicing after school with their own choral directors.

Marietta was represented by students from both elementary and middle school choirs.

Marietta’s students were part of an approximately 150-member choir along with other students from Region H who gathered in Marietta’s auditorium on February 11 for a day of practice with their conductor Colleen Fischer prior to the evening’s concert at 6 p.m.

Fischer received a Bachelor of Science in Liberal Studies and Master of Arts in Curriculum Design from Oral Roberts University. She has taught and directed school choirs for 33 years.

“Circle the State With Song is a great opportunity for us to spread music around our state, raising awareness of the value of music education,” said McGehee, “and we are pleased to be able to host an event of this size and quality.”