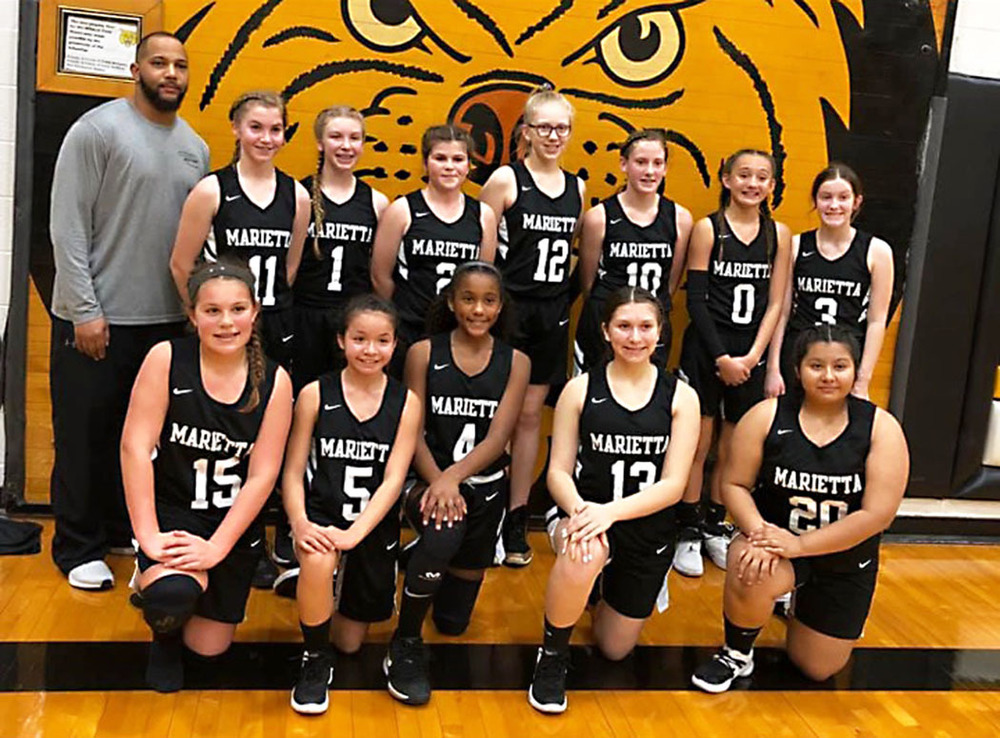 After a drought of almost 20 years, the Marietta Junior High Lady Indians have done something that a lot of sports teams of all kinds dream of, but very few actually do: complete a season undefeated.

The last team at Marietta who finished undefeated in junior high was a team packed with talent who went on to do great things in high school. Led by All-State players Skye Foster and Jordan Thurman, among a host of other great players, the team made an appearance in the Oklahoma State Tournament in 2006.

“These girls have put in countless hours of work, giving up their holiday time off, after school hours, and summers to spend time in the gym,” said Drinning. “They have trusted their coaches and chosen to commit to the process and day-to-day grind of getting better.

“They have bought into the culture that Coach Douglass and I are trying to build here, and it’s starting to pay off. When it comes to girls’ basketball, the future is bright at Marietta.”