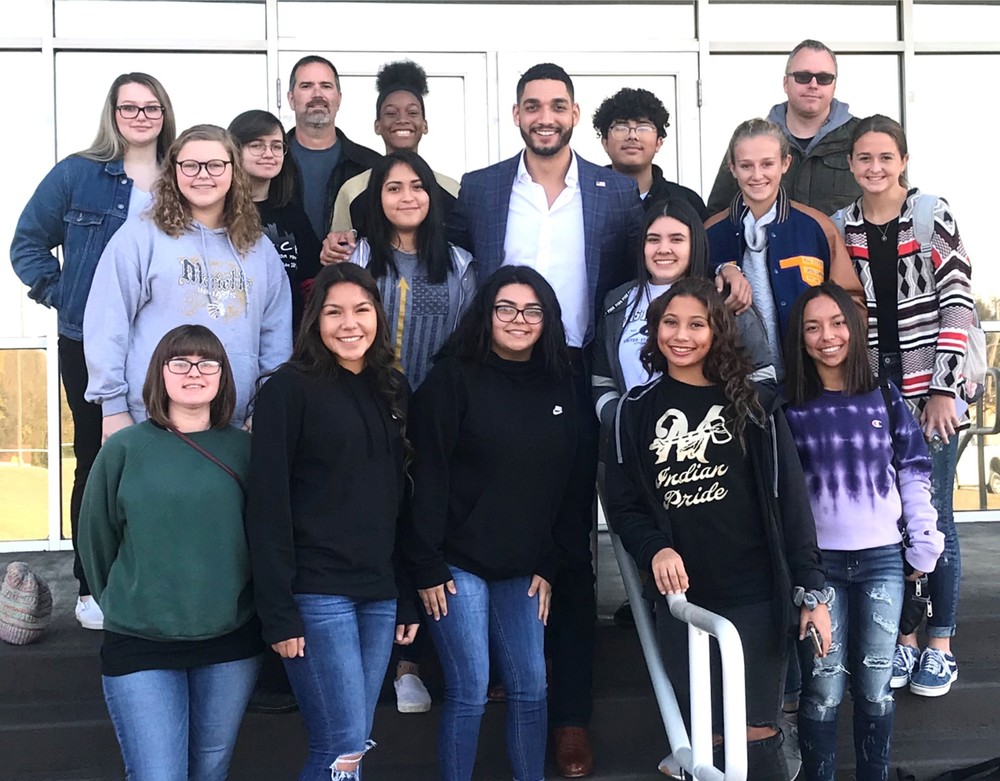 Marietta High School graduate Will Douglas, a candidate for District 113 seat in the Texas legislature visited his alma mater on Friday, November 8 to spend some time with the students there.

Douglas spoke to students about growing up in Enville and graduating from Marietta, then attending the University of Oklahoma, finishing pharmacy school there in 2013.

“When I started pharmacy school in 2009, it was a real struggle for me, the toughest thing I’d ever done,” he said. “Then I discovered the leadership track, which allowed me to take business classes along with pharmacy classes, and that propelled me through the next three years.”

Douglas discussed living in Dallas and finding his niche with small, independent pharmacies.

“Success is all about hard work and taking advantage of opportunities,” Douglas said.

He then told students about an accident in the summer that brought to him some clarity.

“I realized that I needed to make my life count for something,” Douglas said. “I want my life to matter.”

When the Republican Party approached him about running for office, the stars aligned and he believed he knew how he could make his life count.

Douglas then opened the floor for students’ questions.

Included in the discussion were taxes, gun control, travel bans, racism in America, discrimination, immigration, and even the mental health care system, among others.

Douglas answered questions honestly and openly, offering students the opportunity to  engage in open and meaningful discussion of difficult topics.

“It’s great to see our kids interacting with him,” he said, “and it’s great for our kids to see someone from their high school who has gone out into the world and become so successful at such a young age.”